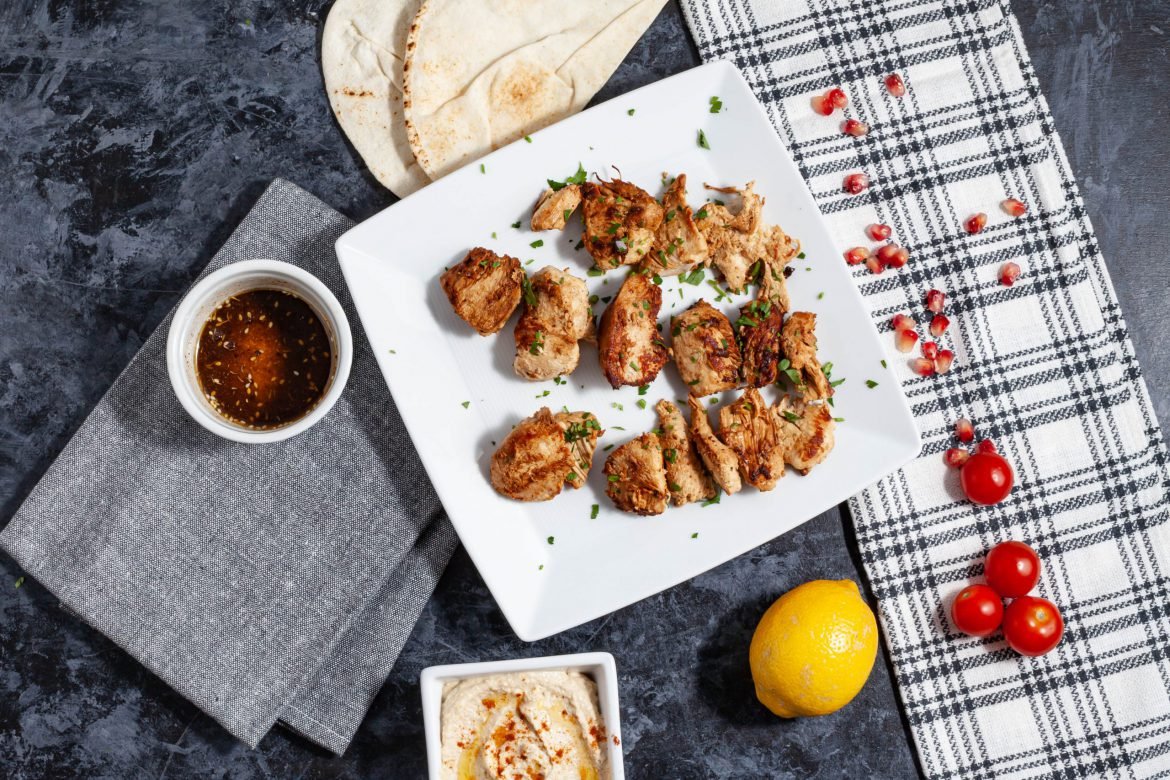 If you’ve eaten chicken shish taouk in fast food joints or restaurants, they all have something in common. The chicken is infused with garlic and lemon! The best way to infuse those flavors is to marinate the chicken for at least 24 hours in a yoghurt based marinade. If you try to marinate for a few hours, you won’t get the same result.

I like to eat shish taouk as a plate alongside mezze like hummus, tzatziki and fattoush (Mediterranean salad) or in a pita sandwich.

Try to eat your chicken shish taouk as a plate alongside mezze like hummus, tzatziki and fattoush (Mediterranean salad) or in a pita sandwich.

Did You Make This Recipe?
How did you do with my recipes? Tag me on Instagram at @saltandpestle

The information shown is an estimate provided by an online nutrition calculator. It should not be considered a substitute for a professional nutritionist’s advice.

Passionate about food, photography and travel

Roasted Salmon with tomatoes and fennel

Salmon Tartare with Avocado and Strawberries

Hi, I'm Vincent. Food is about a lot more than just eating. It's about staying connected and sharing with our families and friends, learning about different cultures and enjoying the wonders of new tastes and flavors.

This website uses cookies to improve your experience. We'll assume you're ok with this, but you can opt-out if you wish. Accept Read More