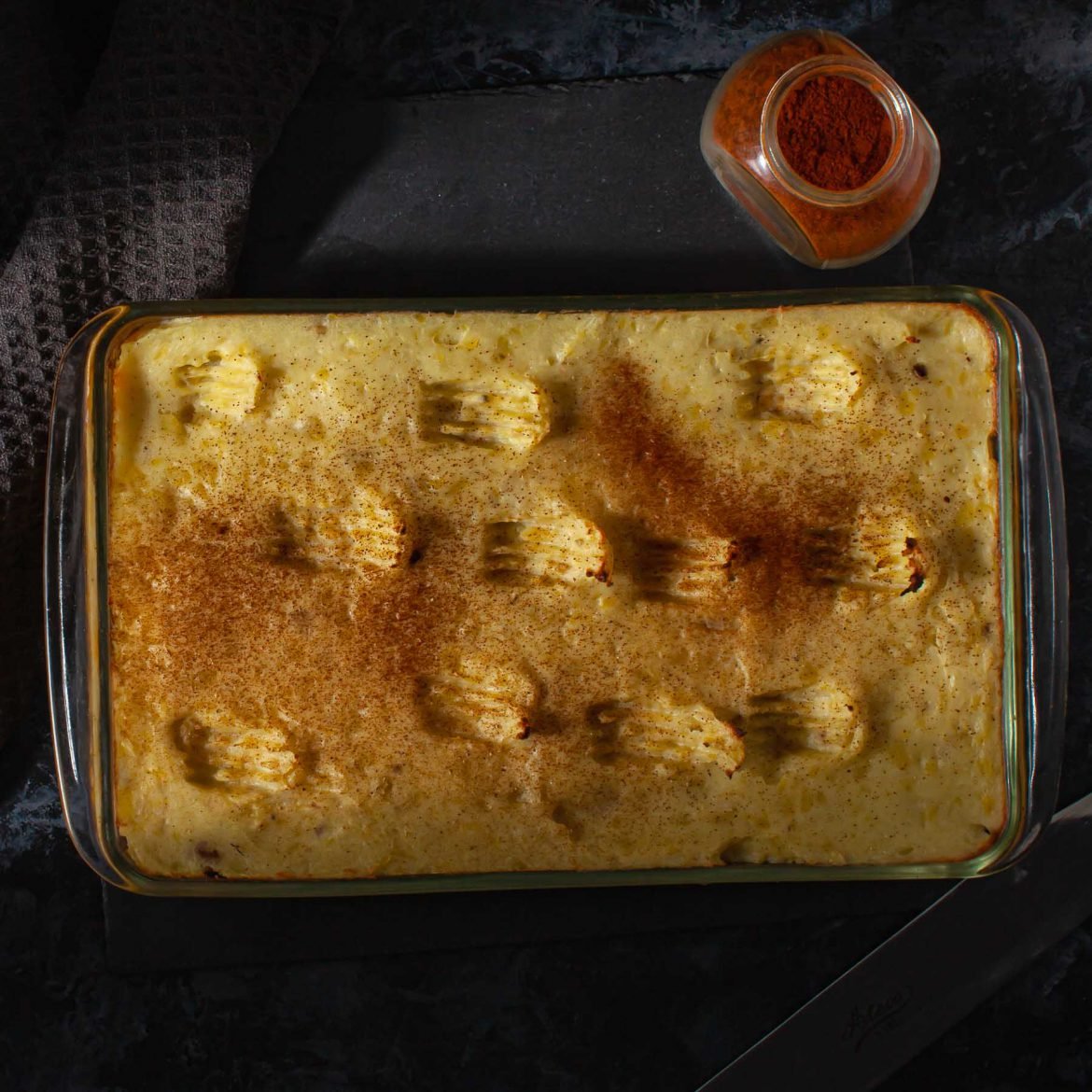 Shepherd’s pie is a favorite staple at home for the kids with or without ketchup, depending on taste. Add tomato paste to the mix to add a tangy flavor to avoid needing ketchup.

According to the urban legends, pâté chinois or china pie name comes from Canada / Quebec. It was due to the fact that during the construction of the railroads in the early 19th century, a lot of workers of Asian origin were fed with a mixture of potatoes, beef and corn. The recipe below is an adaptation of the dish to our taste!

I like to make shepherd’s pie with a mix of beef and lamb. Lamb is a bit more gamey and gives the dish more flavor than beef alone. The grated carrots add a bit of sweetness to balance out the meat.

For a rich and salty taste, add parmesan cheese in the mix and on top of the potato puree before cooking to caramelize the top nicely in the oven!

Did You Make This Recipe?
How did you do with my recipes? Tag me on Instagram at @saltandpestle

The information shown is an estimate provided by an online nutrition calculator. It should not be considered a substitute for a professional nutritionist’s advice.

Passionate about food, photography and travel

Roasted Salmon with tomatoes and fennel

Salmon Tartare with Avocado and Strawberries

Hi, I'm Vincent. Food is about a lot more than just eating. It's about staying connected and sharing with our families and friends, learning about different cultures and enjoying the wonders of new tastes and flavors.

This website uses cookies to improve your experience. We'll assume you're ok with this, but you can opt-out if you wish. Accept Read More